My love for food and cooking is no secret, therefore it’s not a huge stretch for anyone to see why I love cookbooks so much.  I used to love to get just about any cookbook, but now I’m a little more picky.  I love a cookbook with PICTURES.  I know that may seem silly to some, but I eat with my eyes first – don’t you?  I want to see the recipe I’m making.  I love a cookbook that has pictures for each recipe.  This is why The Pioneer Woman’s cookbook is one of my favorites – many pictures for each recipe!  (Plus, every recipe I have tried is awesome.)  I also love a cookbook that’s different from others I have.  And I can’t even talk about my weakness for region specific books.  (On my last trip to New Orleans, I bought three cookbooks, and ordered a fourth when we got home.)

Below are a few cookbooks I would love to add to my shelf (in no particular order):

1. The Pioneer Woman Cooks: Food From My Frontier

My love for Ree Drummond knows no bounds.  I love her pictures. I love her food. I love her blog.  I love her sense of humor, and her fun look at life.  If you don’t read her blog, you must!

2. Barefoot Contessa: How Easy Is That?

I can’t imagine living life up in The Hamptons – I’m way too unsophisticated (and poor) for that!  But I love watching this lady cook.

I love Claire Robinson’s show!  I can only imagine how many great recipes there will be in this book.

On my last visit to New Orleans, we were supposed to go to Acme Oyster House, but wait was out the door and down the street.  We ducked into Mr. B.’s Bistro instead, simply because of our proximity to the door!  I believe this was an act of divine intervention, because this meal was HEAVENLY.  I ate the BBQ shrimp pictured on the front of this cookbook, and LOVED IT. LOVE.  I should have bought this cookbook when we were there.  It’s one of my biggest regrets from that trip (don’t ask me how we skipped a Van Morrison concert just because of some tornadoes).

Oh I love Rick Bayless.  I want to eat his food every day. EVERY DAY.

Two years ago, I traveled to New Orleans with my mom and my sister, and stayed at the Sheraton New Orleans.  Don’t even get me started on how much I love New Orleans.  We’d be here forever!  That’s not what this post is about anyway.  We accompanied Mom on a work trip, so one night we joined her and her board of directors for dinner.  The meal was good, the conversation and company were delightful, but the dessert – oh the dessert is what I remember most.  It was this light, creamy, orangy, tangy cake that was unlike anything I’d ever had before.  I asked the server what it was, and she told me it was called Orange Ricotta Cake.

The next year, Matt and I went back to the Sheraton New Orleans with Mom (and 2 of her sisters) to assist on another work trip.  During one of the conference dinners, we were presented with the Orange Ricotta Cake again.  I may have literally squealed with delight in the presence of a few hundred planned giving professionals.

In the time since both of these visits, I have sporadically searched the internet looking for a recipe for Orange Ricotta Cake, with not much luck at all.  Some were close – some were very far.  None were just right.

On December 6th I was at work dreaming about this cake, and sent out this tweet:

Not much later that day, I received this (unexpected) reply:

WHAT???  First, I hadn’t expected a reply.  Second – WHAT? I was elated!  A few days later, I received this message on Twitter:

Lo and behold, this total stranger hunted down my most desired recipe, and sent it to me!  MERRY CHRISTMAS!There are a few things to be learned from this entire encounter.
1. Twitter (and Facebook, and other forms of social media) MATTERS! It works!  It can make a difference – big or small.  It’s not always just some silly time suck. (Although, often it is.)
2. Customer Service MATTERS!  This is huge – HUGE PEOPLE! Let me tell you that the Sheraton New Orleans is a BEAUTIFUL hotel.  The location is fantastic, the rooms are very nice, and honestly, there is a smell in the lobby that I swear is pumped in (although the two employees I asked about it denied any knowledge of said pumping).  It’s a fantastic place to stay.  Before this Orange Ricotta Cake encounter, I would have tried to stay there again.  After the ORC incident?  I will DEFINITELY make the Sheraton New Orleans my hotel every time I visit New Orleans.
Perhaps it seems silly to some that I am professing my love to a hotel simply because they gave me a recipe, but it’s so much more than that.  First, this is not the only act of awesome customer service I have received from this hotel.  When we were there in 2010, there were two women who helped with our conference that went above and beyond each and every day we were there to make our stay more comfortable and easy.  During this conference, I was having a lot of physical issues due to a miscarriage, and these women did so much to help!  So much more than they needed to.  Second, this silly little Tweet was sent out with no expectation for a response.  Whoever it is behind the Sheraton NOLA Twitter account certainly has better things to do during his day than to Tweet back and forth with me about some cake!  He not only tweeted me back, but he took time out of his day to hunt this recipe down!  Let’s not even talk about the chef who took time out of his/her day to write the recipe down for me!  It’s great customer service all around.  And yes, in the light of eternity, cake doesn’t matter at all, BUT this has sealed the deal on my love for the Sheraton New Orleans.
I don’t know the guy behind @ShertonNOLA, but I am so thankful for him.  His boss should be proud of him too!!  I baked that cake, and it was a HUGE hit at a dinner party we had with friends.
P.S. I know many of you will ask me for that recipe.  Typically I am NOT the type of person that doesn’t share these things.  I’m always happy to share the food love!  In this case, however, I’m not going to share unless I get the okay from the Sheraton.  I just don’t feel comfortable sharing a recipe that isn’t mine in such a public way.  I hope y’all understand!
UPDATED: Y’all, I just heard from @SheratonNOLA that I can publicize the recipe!  YAY!!!  I have included it below.  (Just a note: I served mine with a raspberry sauce instead of supremed oranges, but that was just a preference at the time.  Always feel free to make a recipe your own!)

I realize it’s been a long time since I did a food post.  I have a few that I’ve been meaning to do for a while, but I just haven’t made the time.  This one just can’t wait though.  I have no pictures. In fact, I am simply going to paste the review I wrote for Urban Spoon.  Read below, and you’ll understand why I’m less than enthused…

My husband and I went to Los Toros with my sister, her husband and their two kids (4 and almost 1).  We were sat right away at 5:50.  There were diners at a few other tables, but it was not busy at all.  There were plenty of employees around.  We were given chips and salsa right away (which were very tasty – thumbs up for that), but no one came by our table to get our drink orders for almost 15 minutes.  He came to the table, didn’t greet us at all, just said, “Drinks?” and nodded at each of us to ask what we wanted.  He totally skipped one of us, so we had to practically shout to get him to turn around to give him the last drink order. When he turned, he looked so mad, I thought he was going to spit at us! I asked for water to drink with a lime wedge. He insisted that they didn’t have limes – just lemons.  I looked at him and said, “Really? No limes?” and he insisted again – just lemons.  Funny – we saw at least 3 people around us drinking margaritas with lime wedges perched on top of their glasses.  I accepted the lemon – I love limes, but let’s not get in a fight, okay?

We had our drinks and it took this waiter a good 15 more minutes to come back and get our food order.  There were two other tables near us now who had the same waiter, and we were all waiting for him to come get our food order.  By the time he actually came to ask us what we wanted, the kids at our table were getting restless and noisy.  Perfect.

He came to get the order, and I asked for a fajita quesadilla.  This is on the menu with beef or chicken as the meat options.  I asked kindly if I could have shrimp instead. (I have requested this substitution at nearly every Mexican restaurant I’ve ever been to, and have always been allowed with a small upcharge.) He stared blankly and said, “No. Beef or chicken.” I said, “You don’t have shrimp?” “No – just beef or chicken.” I call bull – there was an entire section of the menu dedicated to shrimp items! Okay fine – I changed my order to the chicken chimichanga (which was overfried).

The food was brought out in a decent amount of time (thankfully by a different server), and it was hot and mostly tasty when we got it.  The baby was really starting to get antsy though, so we were stuffing our faces to get out of there before he had a major meltdown. It took FOREVER to get a couple boxes and then FOREVER again to get our check.  I’m sorry – we didn’t tip.  We were FURIOUS.  I have never stiffed someone in my entire life.  I waited tables for a long time, and I know how hard this job is, but the horrible service we got was inexcusable.  We left the restaurant at 7:30 – after 1 hour and 40 minutes of frustration.  I will NEVER return to Los Toros.  NEVER.

Now – if you decide you want to go anyway, I will tell you what was good about our visit.  The restaurant was clean and the chairs were fairly comfortable.  The chips were warm and the salsa was delicious.  They were the best part of the meal!  Refried beans are usually a throwaway on my plate, but these were fairly decent also.  I was a little surprised by that.  The portions were a good size as well.

Still – good chips or no – I will not be going back.  There are plenty of other Mexican restaurants to choose from!

Perhaps this is a bit harsh – but that’s how furious I was about the service we received last night.  Restaurants need to realize that the quality of their food isn’t all that matters.  Good service goes a VERY long way.  I will choose a restaurant with mediocre food and great service over a restaurant with great food and bad service any day. 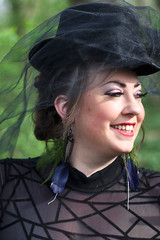 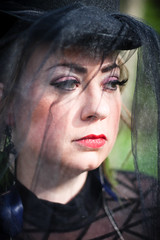 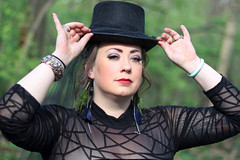 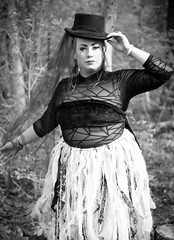 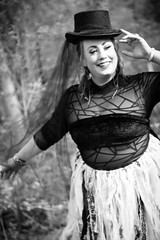